DURING THE OPENING AN ORIGINAL DADA HAPPENIG WILL TAKE PLACE, WITH AN EVENT- SHORT LECTURE BY DADA SPECIALIST Dr.GIORGOS KAMBOURIS (DAVARNTUNIVERSITY). ALSO PARTICIPATE THE THEATER GROUP 'ENDOCHORA' AND THE FILM 'RAPUNZEL' (directed by Mama Baer and Kommissar Hjuler) WILL BE PROJECTED.

In  February of 2016 it has been 30 years since the first great  open inaugural event of  “Thesalloniki’s  Post  Dada”,  which was part of the  parallel actions on editing  issues of experimental  photography  and  was hosted by the Photography  Group of Triandria, now known as Photography Center of Thessaloniki.
By the same  time it has been  100 years from the launch of the Cabaret Voltaire in Zurich, a place where were hosted the first actions of the Dada movement.

Within this context of the two anniversaries continuing the persistent debate on issues of involvement and interaction between arts, consisting on issues refering to the involvement of the photography in the evolution of the art and visual perception, were organized by the Photography Center of Thessaloniki a series of events,  which aimed to remind  again the public and the artists of Thessaloniki some of the objectives and concerns of this movement.
Under the distinctive title “100+1 DADA years” were organized a series of events for the promotion of this art movement presenting the artwork that was created then (and the way artists used photography),  discussing about what seems to be left of it or  incorporated  in the artworks of the artists around the word,  presenting experimental short movies which were created by the protagonists of this scene, presenting  “Kalligramata”,  organizing an international exhibition of  Mail Art titled as “NO DADA LEFT” and three collage workshops with "tutors" three different aclaimed , three rapporteurs who express themselves  by using collage (each one using a different technical and theoretical approach): Thodoris Lalos, Lane and Giorgos Bogiatzidis .

In these workshops, each rapporteur in two 3 hour sessions  after a brief presentation of their artworks and the way  they  face collage as also the techniques they apply , supervised the workshop, where participants had the ability to create with the advice and supervision of the rapporteur  their own artworks.

We are presenting the results of these workshops in this exhibition and the providing catalogue,   with the assistance of the artworks of three "tutors" and three guest authors, not so much for comparisons, but to feature  the unlimited potentials that provides this particular kind of expression. 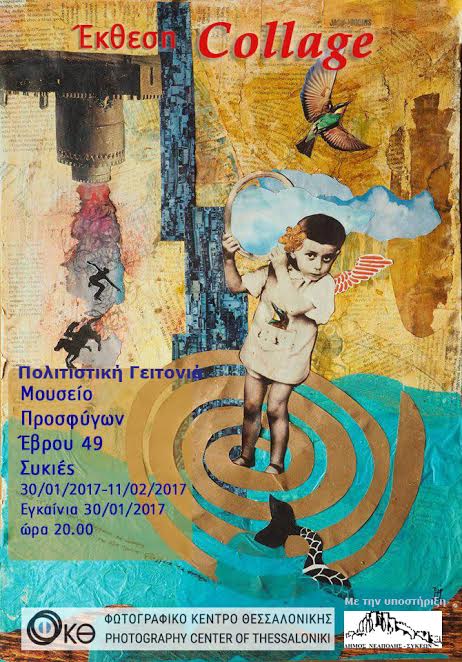 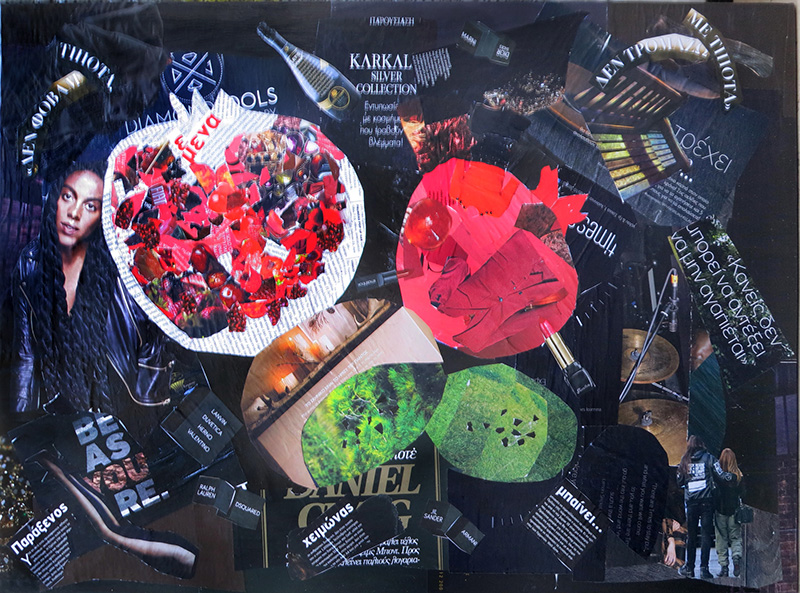 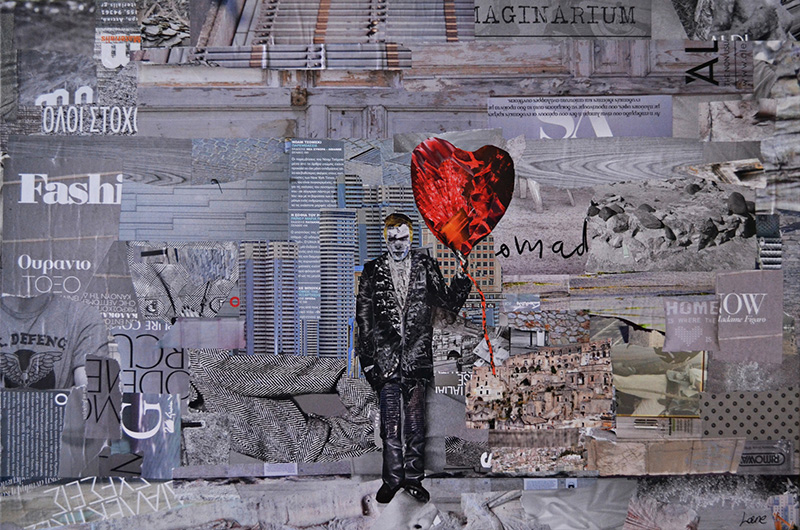 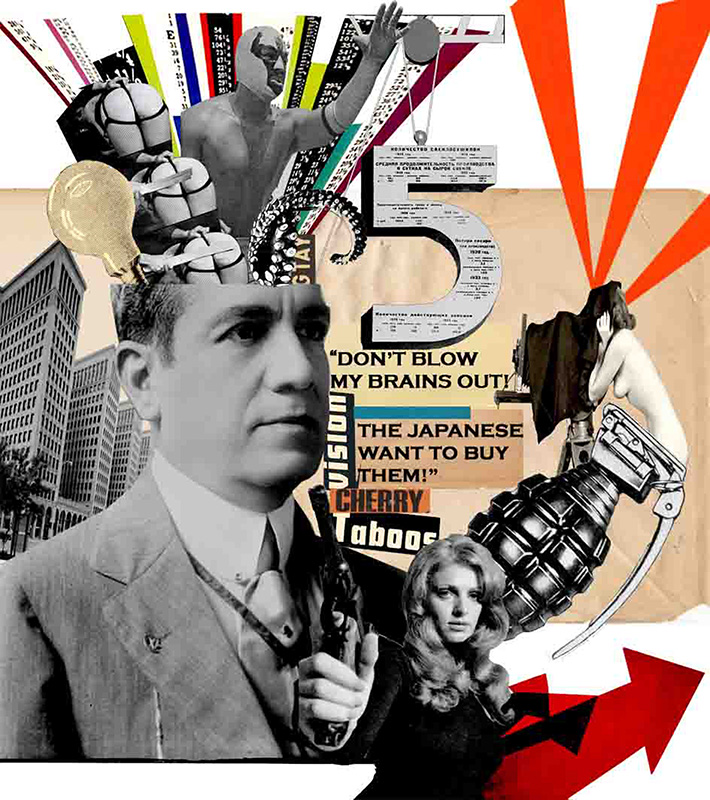 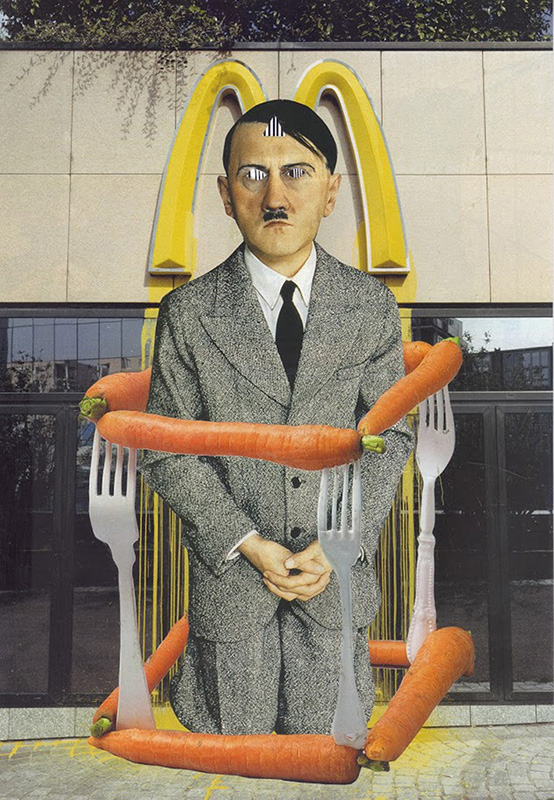 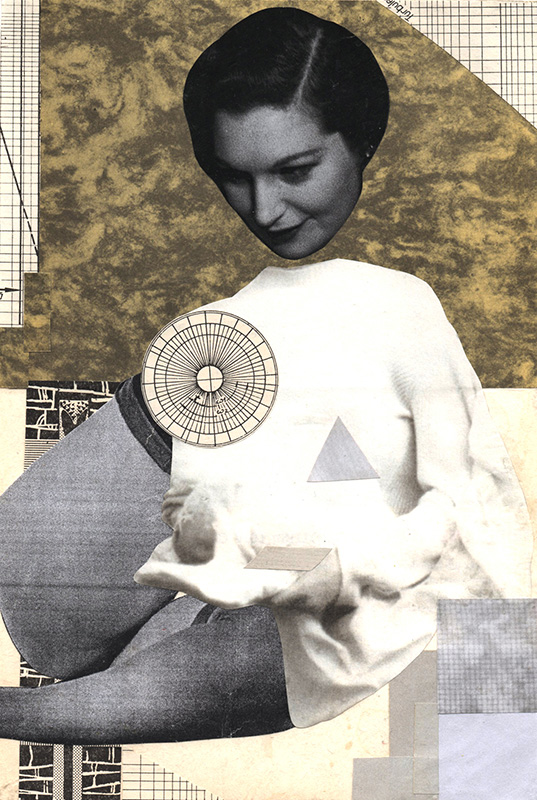 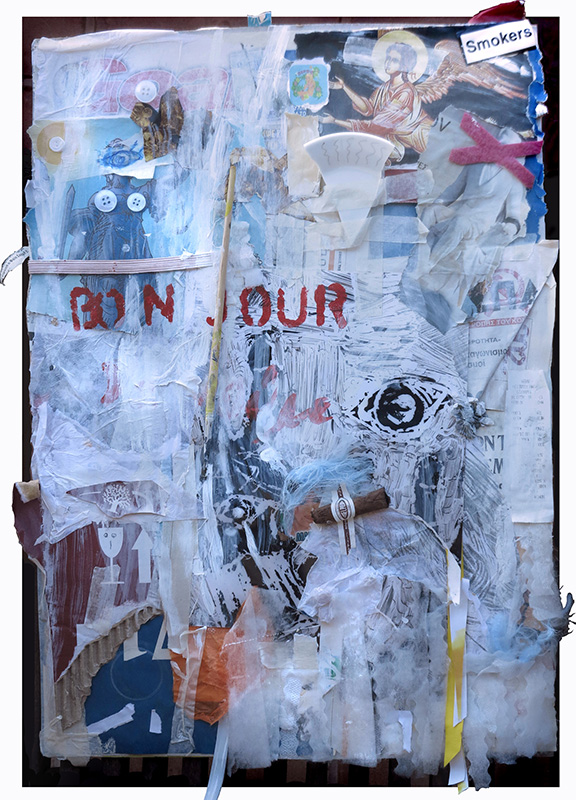 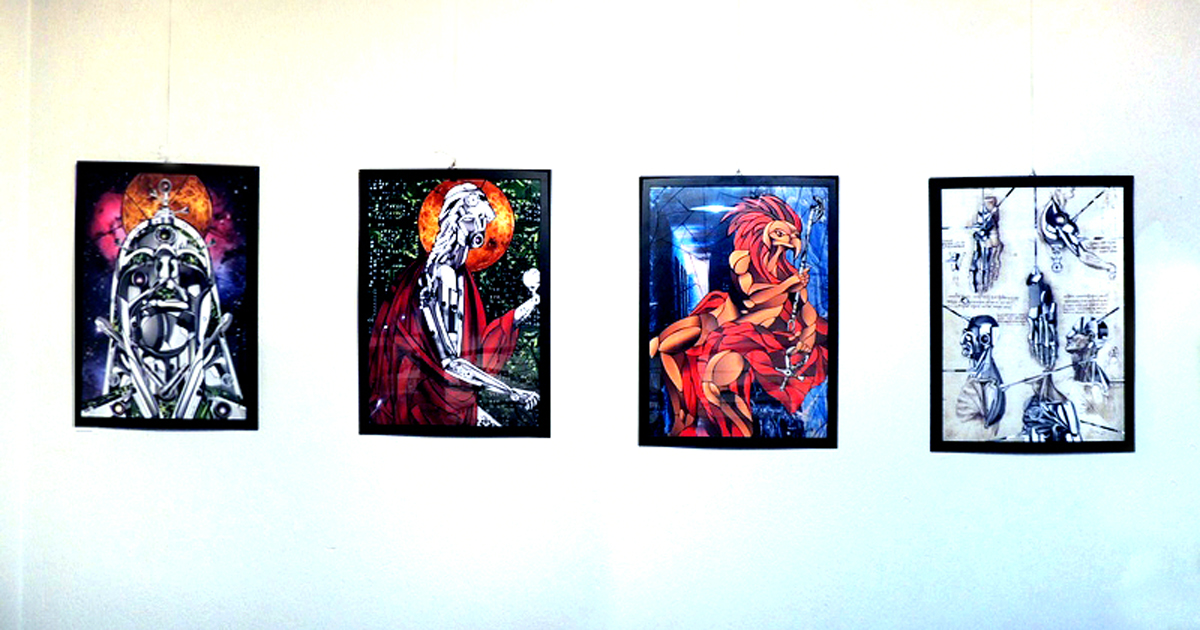