Swedish photographer Katerina Mistal presents a collection of photos, representing the “borders” of Europe as depicted in photography as an art. Her exhibition under the theme, “Mapping Europe – Coastlines”opened its doors on July 5th in Geni Tzami in Thessaloniki and it will run until August 30, 2016.

Katerina Mistal is a visual artist based in Stockholm, Sweden. She works across video and photography in the context of installation. Her practice increasingly centres on the way meaning is derived from a specific relationship, or a gap, between the aural and the visual. She is interested in the representation of landscape, and how landscape shapes national identities. She has exhibited Fear of Landscape at the Gallery Hippolyte in Helsinki 2004, Margins at the 7th Biennale of Photography in Poznan, Poland, in 2011, and at the Örebro County Museum in Fotosommar, Den andra blicken, in 2012. She has explored the theme of unknown sites in photo-based installations, Avspärrat/Cordoned-off at the Eskilstuna Art Museum 2008-09; Riots at the 2010 Thessaloniki PhotoBiennale in Greece, and at the Reykjavik Arts Festival at the Nordic house, in 2009.  Since 2010 she is working on the photo based project “Mapping Europe” photographing the outermost coastlines of the European continent. With the help of children attending the local Primary schools who stand along the coastline they represent the end of the continent and of the country. The idea is to draw attention to a limit, which may otherwise not be detected without referring to a map.

At the Åland Art Museum 2011, she exhibited the first part of the ongoing project ”Mapping Europe”. The project was also a part of the “PhotoIreland” 2012 in Dublin –exploring the theme Migrations: Diaspora & Cultural Identity and ”FOTONOVIEMBRE 2013” the XII Bienal Internacional de fotografía de Tenerife and most recently at the Fotografins Hus, The house of the Contemporary Photography in Stockholm. In September the series will be shown at the “Holding Cohesion” Backlight Photo Festival 14, Tampere. She is currently working on the Nordic segment of Mapping Europe. The work of this emerging photographer combines borders, limits and different types of boundaries, with the interest in the use of different kinds of perspective in order to get the overview over the territories and staged situations. In her artistic practice she works with the staged photography, video and installations.

Photo series “Mapping Europe” examines the landscape and the continent as a symbol of the country and its cultural identity. I am interested in how migration and transnational lives today impact on identity and our relationship to the Europe’s geography. The idea is to draw attention to a limit, which may otherwise not be detected without referring to a map. I am interested in various enclaves and islands that are sometimes fairly remote in relation to the established representation of the map.

My interest in borders and in the different kinds of limits brought me to visit border landscapes and viewpoints in-between countries in Europe. After exploring this approach over a period of years, I started a portrait series with the children who have some kind of connection to the place or are living in the same area. The perspective of the viewer interests me. Just by moving a few feet above a ground you may suddenly see the whole picture. The landscape becomes a map where the children stand for the lands end.

The presented project was selected from a spontaneous submission made by Katerina Mistal. Our aim is to disseminate and bring to light telling work of emergent or young photographers. 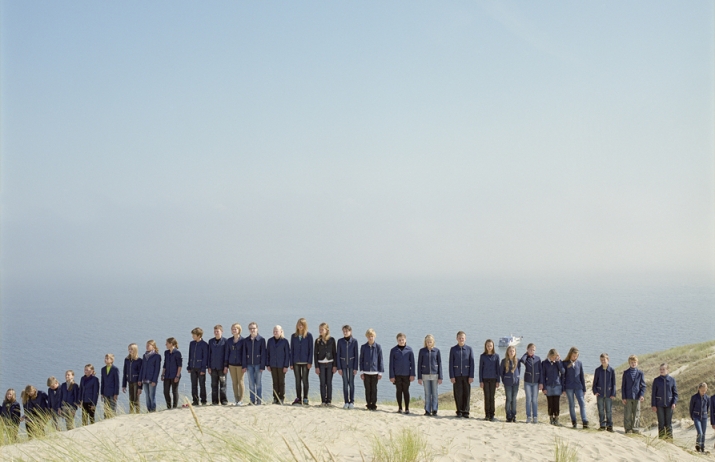 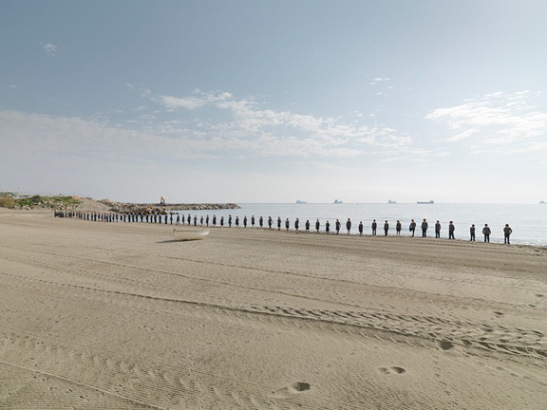 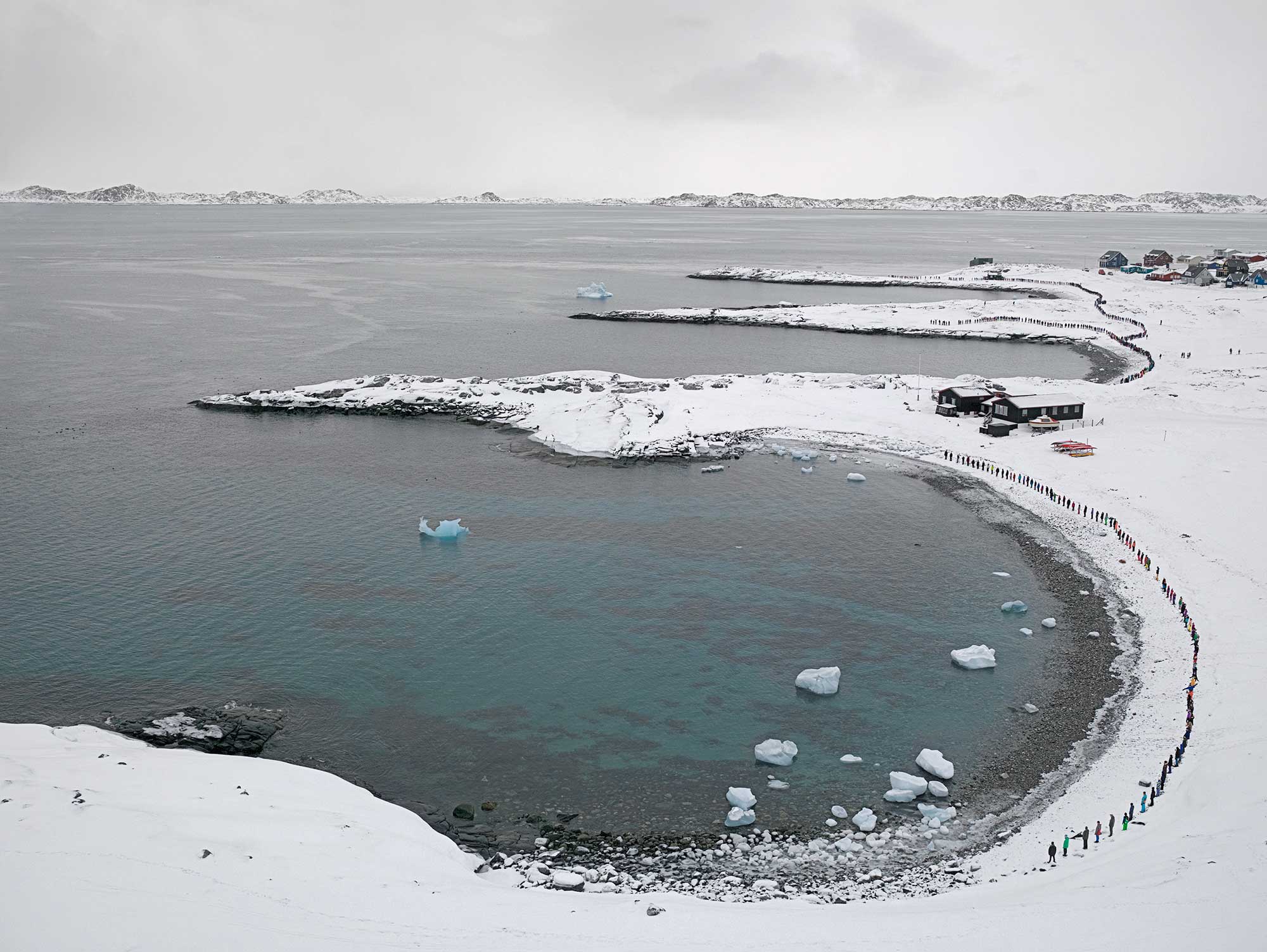 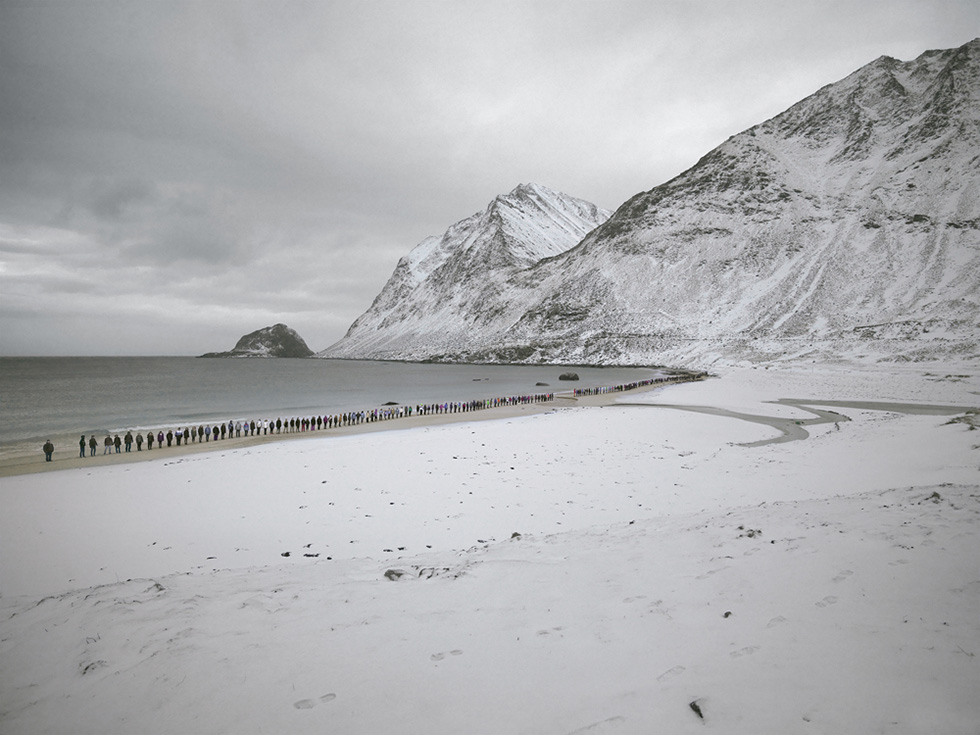