On Tuesday 16/7/2019 , 20.30', Photography Center of Thessaloniki is inviting you in the inaguration of Giannis Chologounis' photography exhibition under the title: "Enalios Diaporos", at Ormos  Panagias Agios Nikolaos Sothonia Chalkidiki/ Greece.

Giannis Chologounis was born in Agios Nikolaos, Halkidiki in 1956 and lives in Thessaloniki where he also works. Graduate of the Department of Economics, AUTh. - an employee of the Ministry of Finance.
Member of the Photography Center of Thessaloniki (FKTh)
His first contacts with photography began in 1974.
He attends the seminars and the activities of the FKTh actively and continuously since 2004. He participated in many exhibitions of photography and actions organized by the FKTh in Thessaloniki, other cities in Greece and abroad. His photos have been published in directories, magazines, calendars and more.
His parallel interest is music (he plays  bouzouki and tzouras).

Enalios is the one that exists, and it’s found in the ocean (or sea)
(marine, submerged, undersea) life/abundance. Enalioi (undersea) resources, life, depths, divinities, Gods, antiquities, ancient finds, that are discovered at the bottom of the ocean.
Diaporos or Diapori
In Greek nautical common language with the name Diaporia, which is a complex word “for” + “crossing” ( a small shallow passage) characterized mainly small rocky islets in the Aegean sea, which form between them small passes for the passage of vessels, who’s official name is Diaporoi islands.
The term is also found in singular Diapori.
Also with the same “diaporia” are also called the transit fees of ships from small straits, corresponding to tolls.
The Island of Diaporos in Halkidiki.
Diaporos (or Diapori, or the island for locals) is an island which is across from Vourvourou, just 10 kilometers from Agios Nikolaos, in the municipality of Sithonia. It’s the biggest in a cluster of islands and rocky islets. In it’s perimeter, on it’s north and east sides are the islands of Ambelitsa, Kalogria, Peristeri, Elia, Agios Isidoros, Prassou, Kalamonisia etc). It’s terrain measures 3.2 square kilometers, and it has a huge natural bay on it’s north side named Kryfto, which serves as a docking side for ships when the seas get rough. The bay ends up in shallow waters, which always remain warm, and suitable for winter swimmers. The largest part of the island is covered by a pine forest, and in many points it’s pine trees touch the waves.
With it’s natural beauty, the virgin beaches, the magical environment, it relaxes and calms it’s visitor.
It’s characterized as a secret paradise of Halkidiki, a magical exotic island, heaven on earth, Skorpion of Northern Greece, ecological island, the Caribbean of Greece, etc..And it’s all that.

Historical data (as recorded by the archaeologist Angelos D. Smagas)
In the area of ​​Diaporos, traces of the presence of people dating to about 10.000 years before today have been recorded. The oldest settlement on the island, however, grows on the top of Koukou, the closest point to the opposite coastline of Vourvourou, 5.000 years ago in the Early Bronze Age. There are remnants of prehistoric buildings, a few fragments of cooking utensils, stone cutting tools and some millstones. The habitation continued in various parts of the island in the upcoming centuries, but it significantly flourished mainly in the Roman and Early Christian years. The remains of the early Byzantine church of Agios Andreas, the oldest Christian temple in Sithonia, dating from around 500 AD, are still preserved in the Kriftos area. It was a public building of the basilica type, made of limestone and marble, transported over long distances, thus highlighting the economic prosperity of the region. Impression is also caused by the tumultuous tombs in the cemeteries of Diaporos, where some of the first Christians in the region, who lived in prosperity from the 4th century AD, were buried. until 540 AD, when the destructive raid of the Huns took place, in conjunction with the Slavic cruisers and the intense earthquakes of the 7th century to the desolation and spreading of the Christian population. In the main Byzantine period, Diaporos becomes a place of refuge for ascetics seeking peace to approach God, while in the Ottoman times some attempts are being made to erect a monastery by Russian monks. In fact the role of the most important of the islands of Vourvourou was very important both in the revolution of 1821 and during the Macedonian struggle.

So if anyone wants to make sure for himself that there is no place like Chalkidiki, or like the islet facing the eastern side of his second leg,  all he has to do is pass by just once in his life by Diaporos.
Everyone is entitled to a walk in Paradise.
Giannis Cholongounis

The exhibition “Enalios Diaporos”could very well be an invitation to expand our perceptual field.
In his own way Giannis Cholongounis raises transparent curtains, hopping for us to wonder not only what he photographs but also why.
Nothing is just for showing. Aristotle said, “We’re happy to see such images not only to learn but also to think through them”.
His work is a challenge to return to the time of verifying, maybe exploration and discovery (?), to look for what lies under the mirrored surface, under what we have already recognized.
Suggested vehicle for this journey, the renewed underwater body of a modern day camera. Technology today provides us with the right tools to take a deep dive within, with minimal cost, for anyone that’s interested to shed light into the unseeing, with a way that only a camera with it’s great realism can.
In the real world, all objects, situations, social relationships, nature, even history that exist in darkness, waiting for a photographer to give significance, to shed light with his lens, and expand his and our horizon.
The rest is our responsibility, the responsibility of the spectator.

Signals on transition
This exhibition is not only a reference to how we could creatively “fill” our vacation time in beautiful Chalkidiki, which “there is no place like it”, as some relevant slogans say, in cafes or gatherings.
And it’s not referred (the exhibition) to what we have to do, all of us who love this part of the Greek territory, to maintain unaltered as  the precious environment that it’s protected by it's users.
This is of course is obvious.
For me, the important thing is it’s timeliness, it’s political message, that we already knew through it.
It’s theme is the gradual transition, from the world above, to the world underwater, from our world to their, from Me to Us, and eventually to Them.
We are presented with a small introduction to the landscapes of the Aegean sea, it’s inhabitants, it’s fauna and flora, complex wonderful mechanisms that in their own way they embrace us, endure our presence, and perhaps scream against our invasion.
We, the vacationing immigrants and refugees, are the invaders, or the temporarily passers by from their place.
“We’re all potential refugees” points out the philosopher.
That is “the refugee” in an other way, expressed like “I respect and protect the environment or the other out of me, the different” thus “I respect and protect myself”. 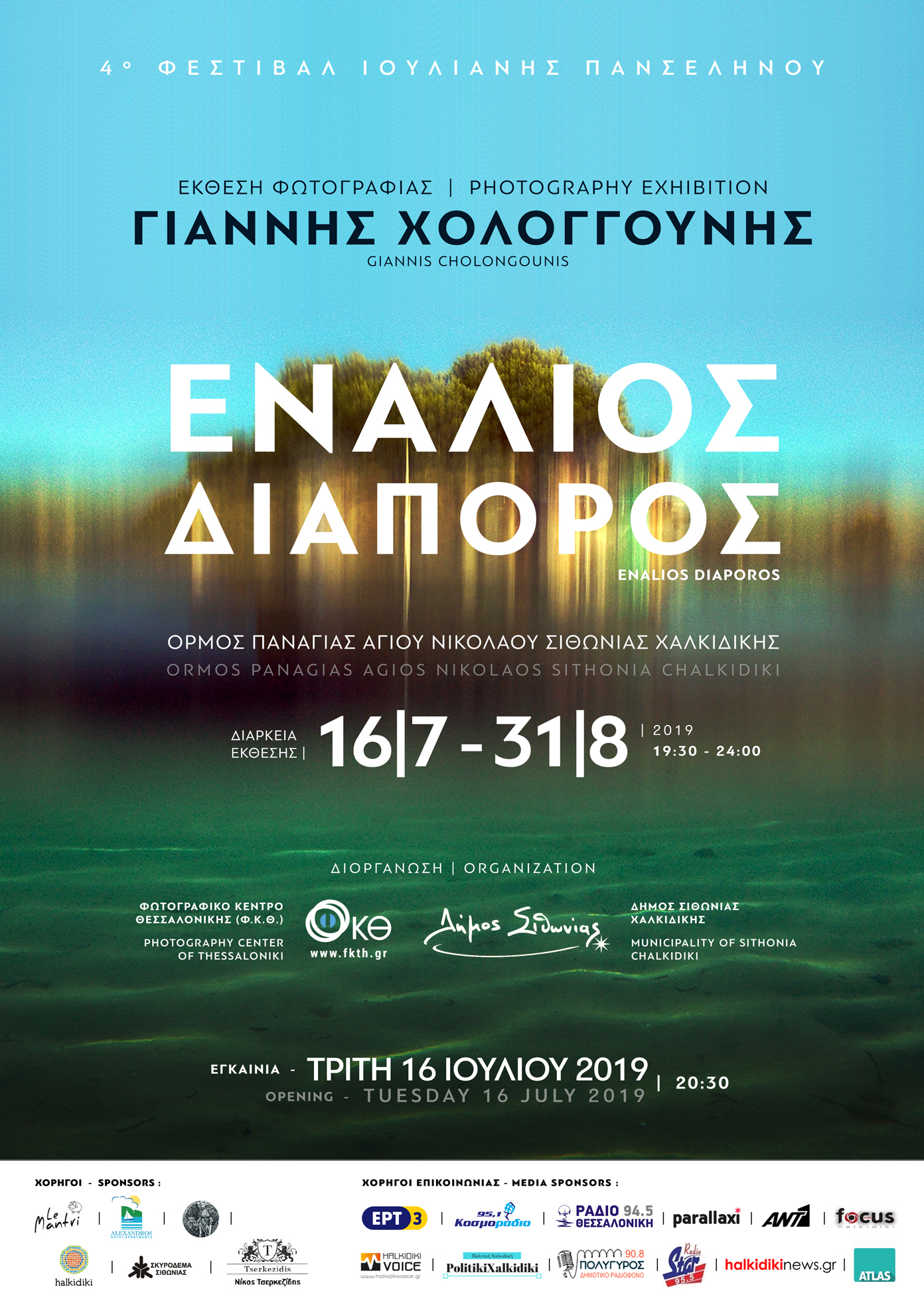 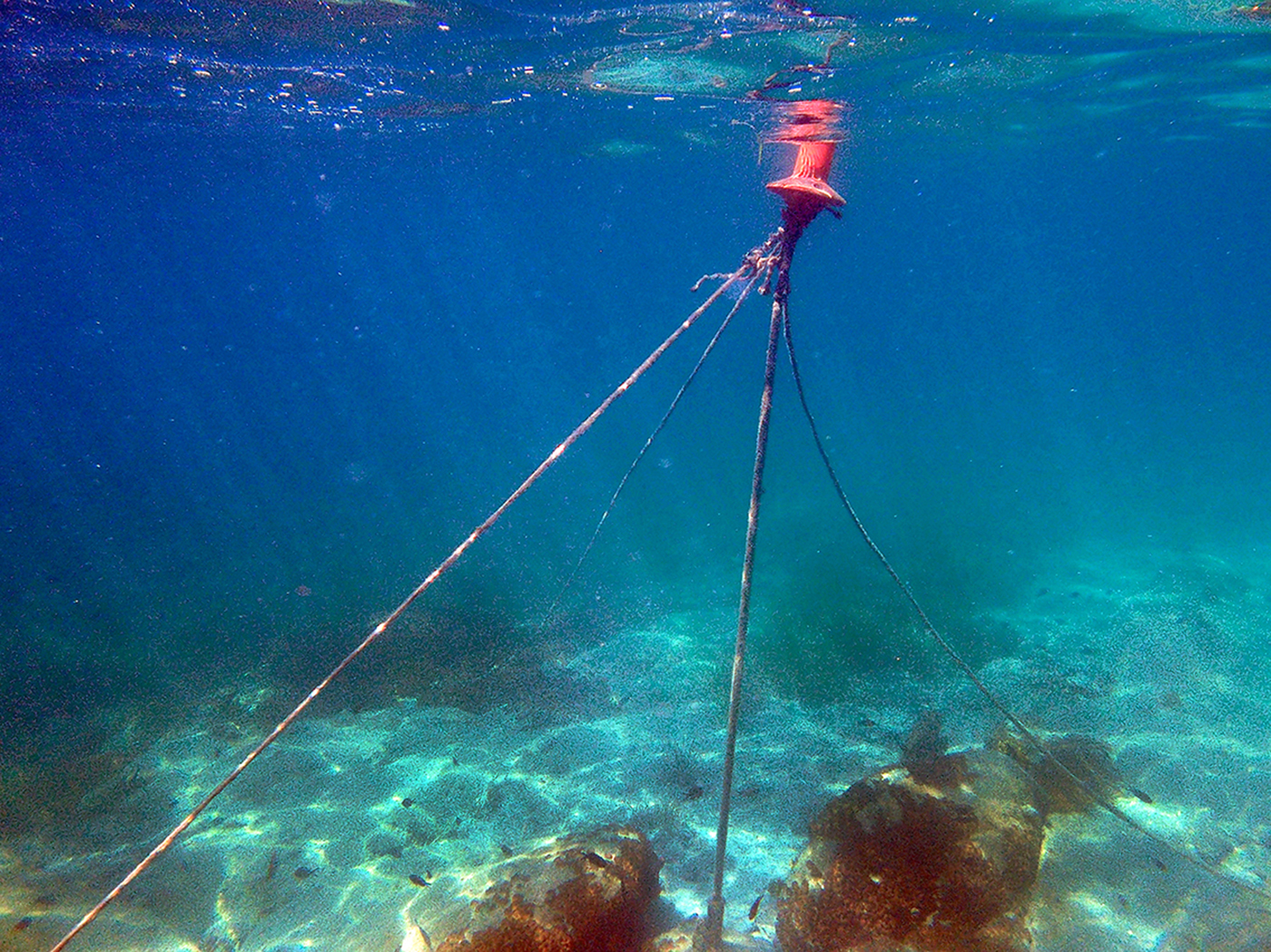 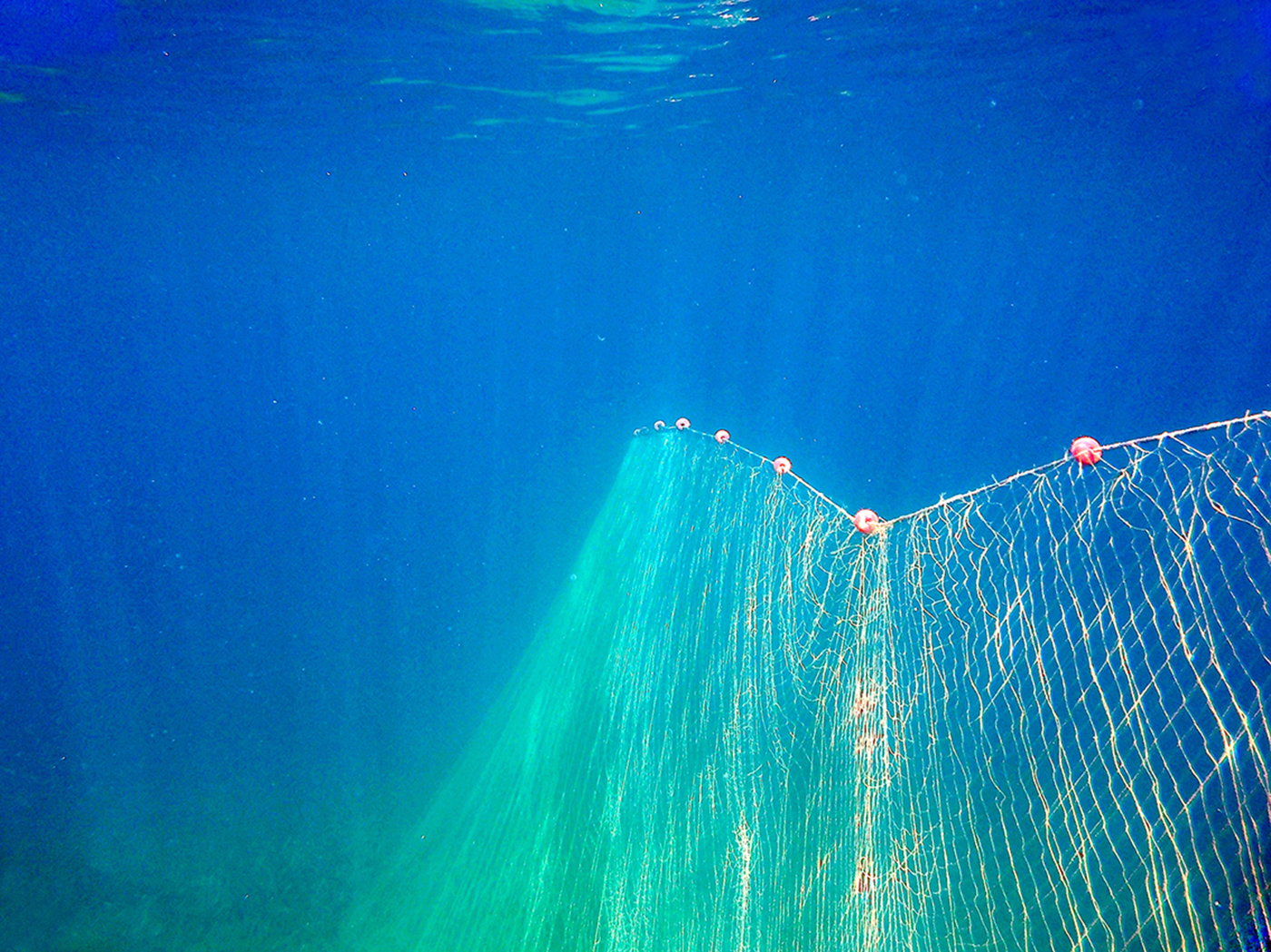 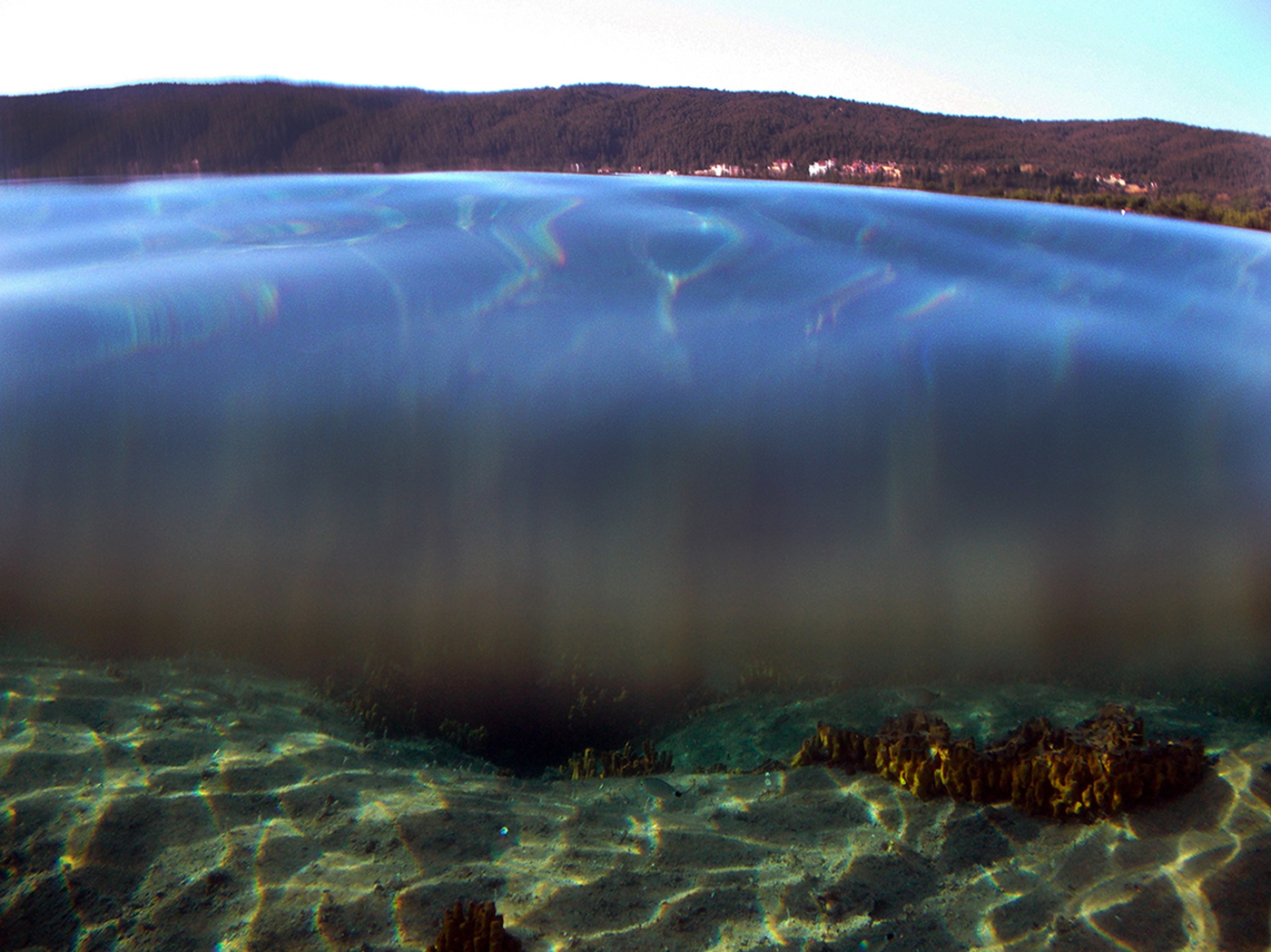 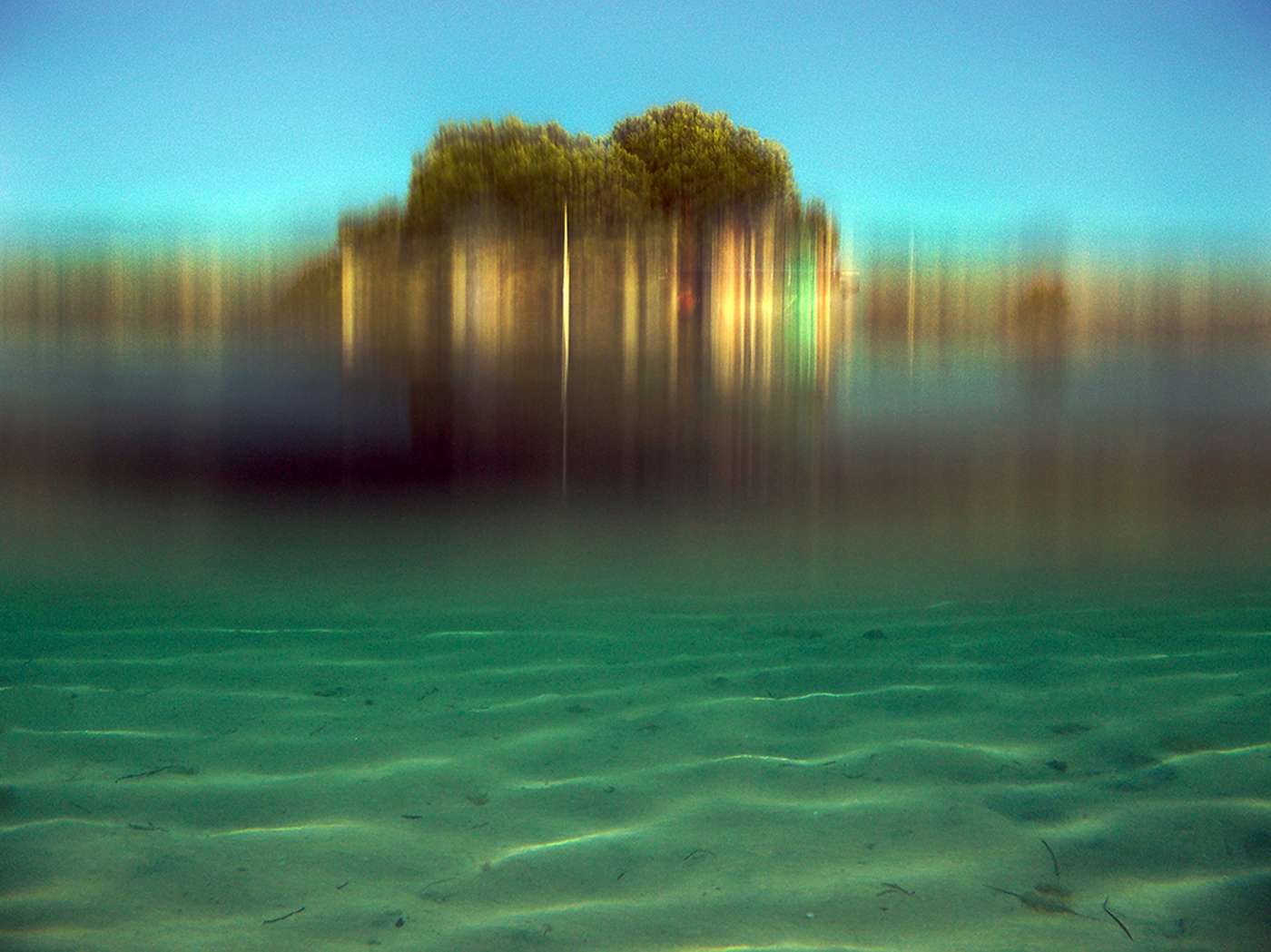 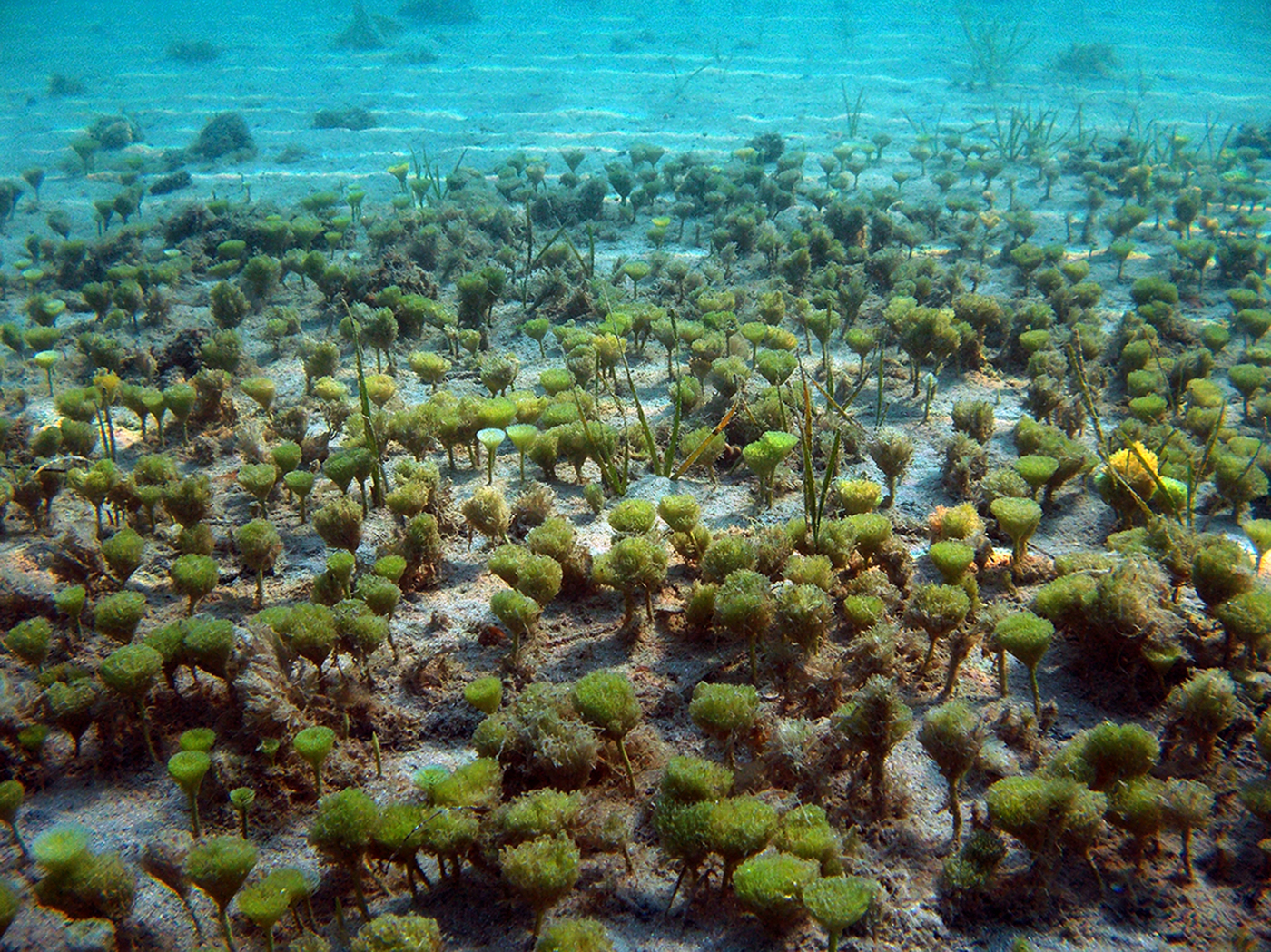 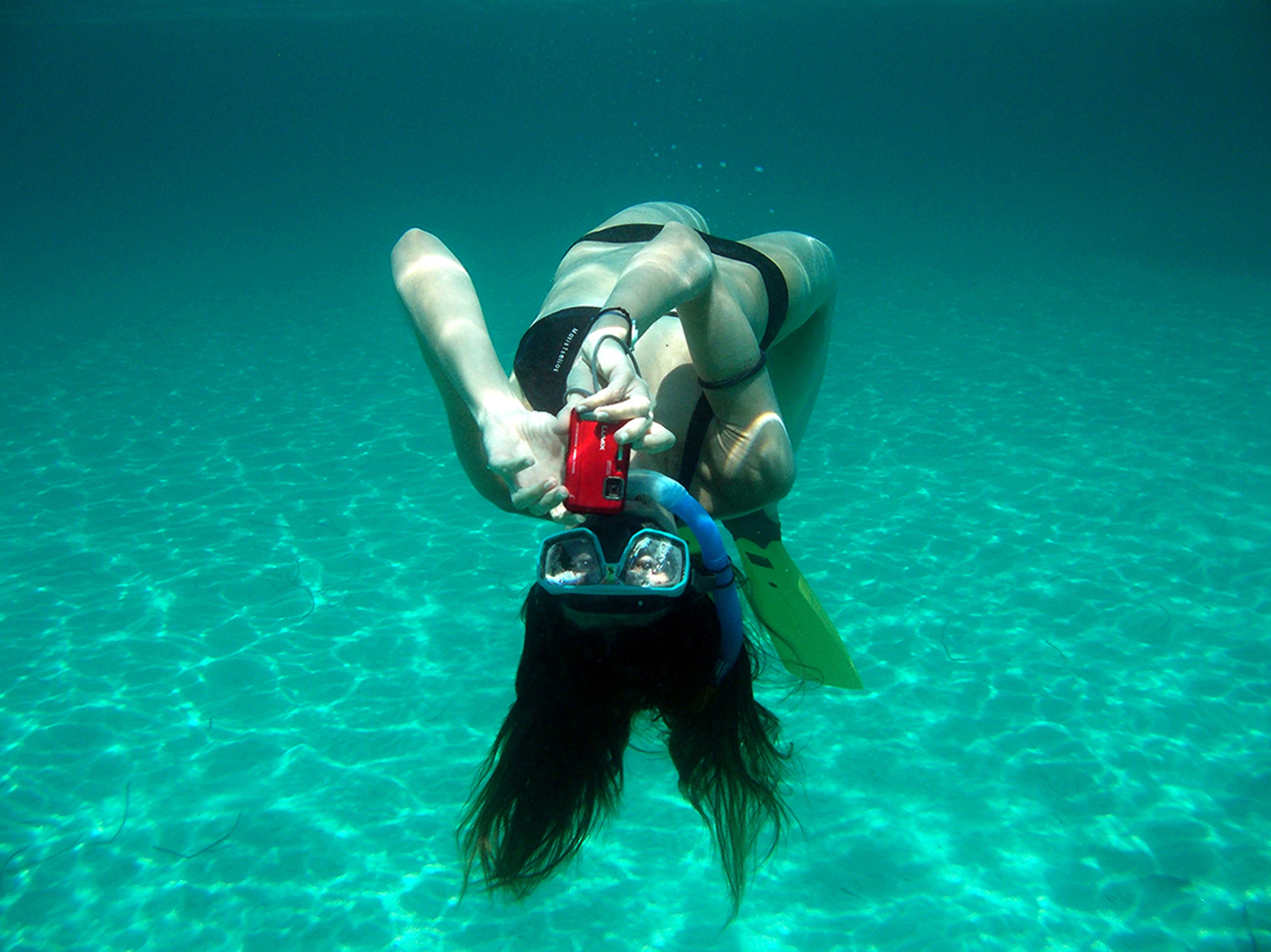 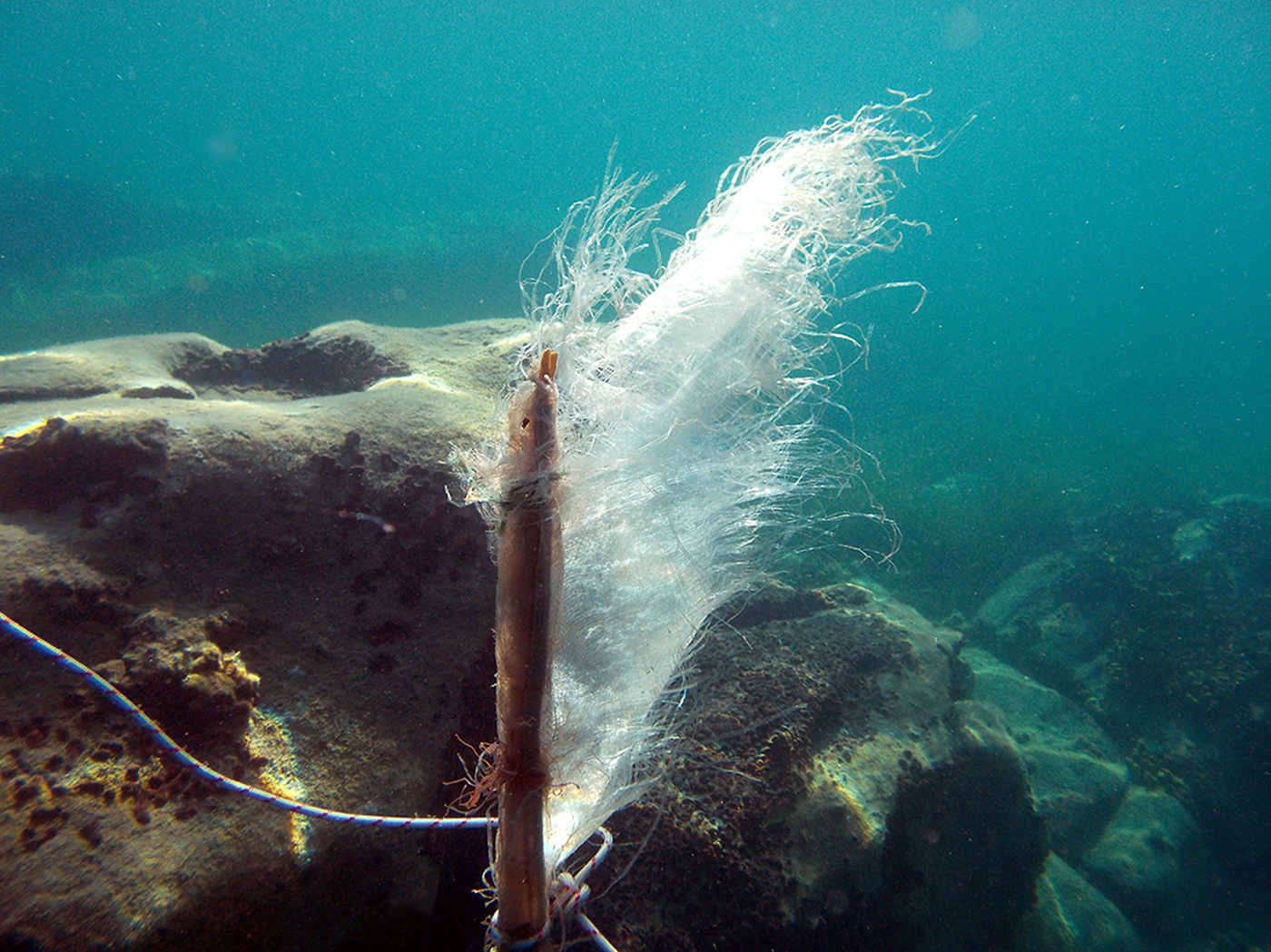 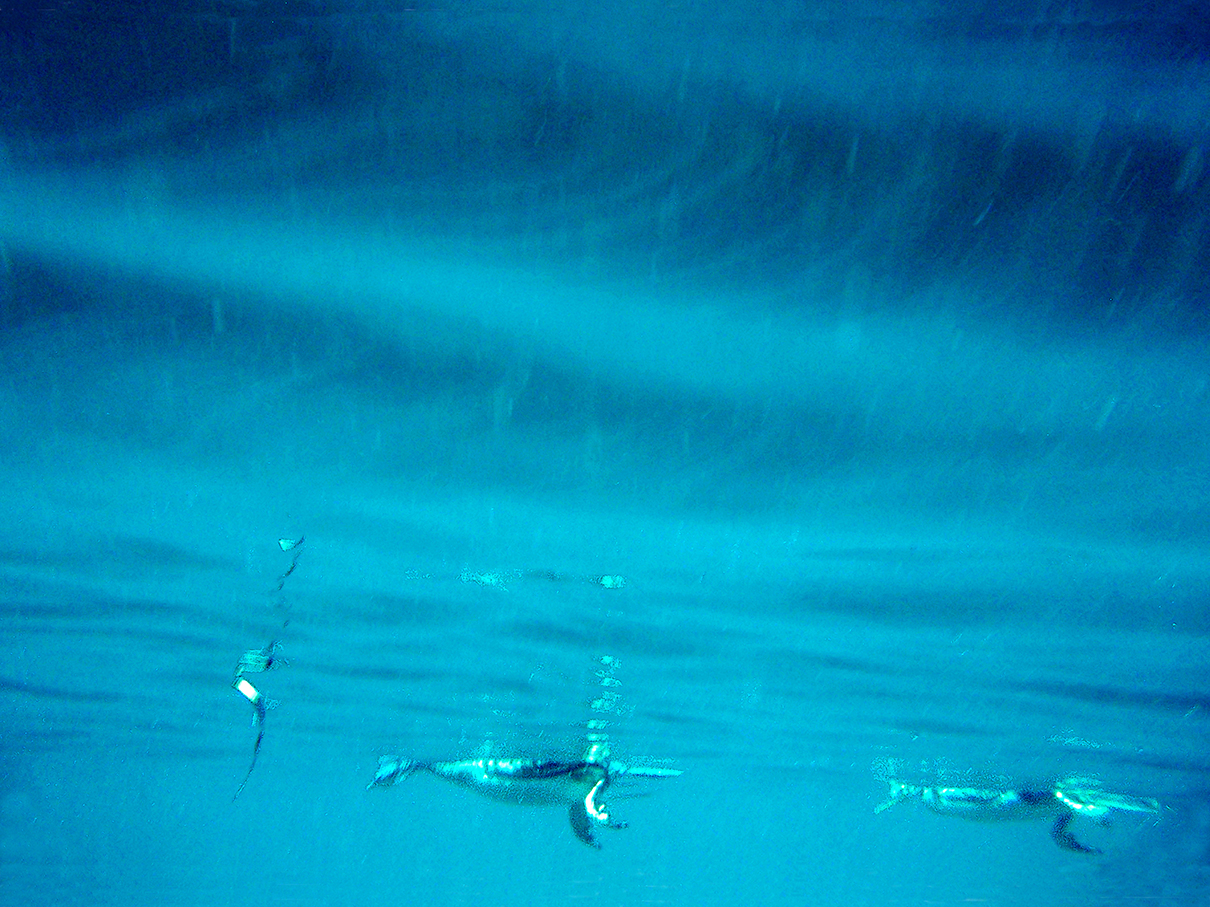