The work of Anna Katsibra is a work of complete desolation.

People exist but they are lonely and silent. The streets, the houses, the seas are pieces of memory. If one day the end of the world comes, these pieces will be a conclusive evidence of life in earlier times. The female nudes do not change the feeling of loneliness wich is something that is constantly declared.

The rosen nudes are mostly embryos, who want to return to their uterus, since the world is unloving.

The repetitive images in the sand and especially the empty passage with the female shapes half-burried in the walls, certify that the oxygene and the human breath have passed into nothingness and perhaps an anthropologic museum should conservate them as if for another life who can be reborn.

The artistic value of these photos is unquestionable and I thing they will appeal to those who are sensitive to photography and life.

Anna Katsibra was born in Bremen of Germany. She studied at FOCUS- Photography and Audiovisual School of Athens for three years. In 1995 she went to Paris for further education with a grant of European Union where she worked as a photographer at the international agency SIPA PRESS.

Through her photographic lens, she is searching for places and faces that she transform via computer. An important part of her artistic work has to do with the relationship between the human body and space. 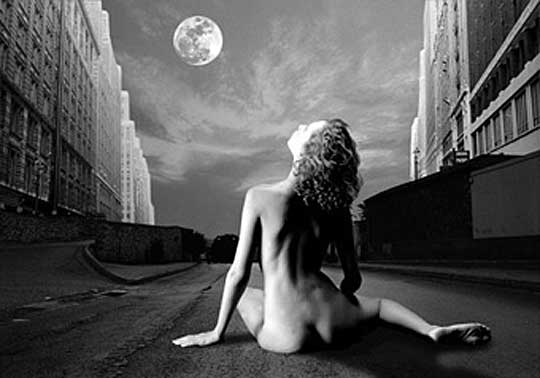 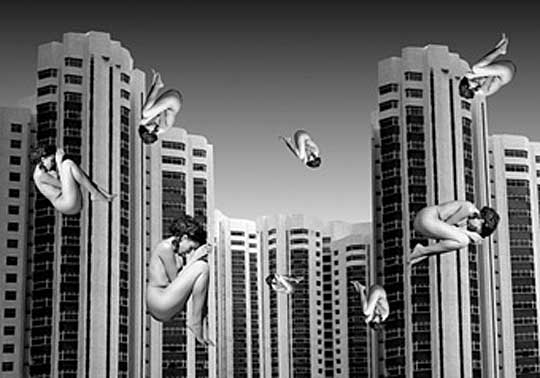 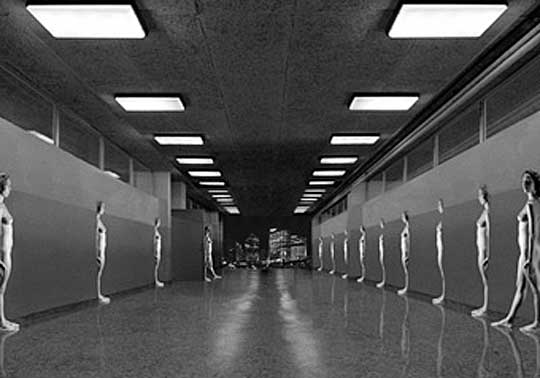 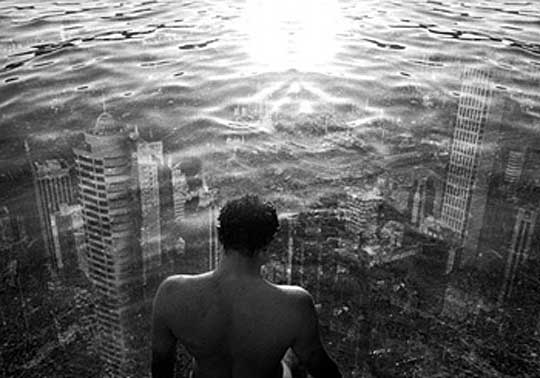 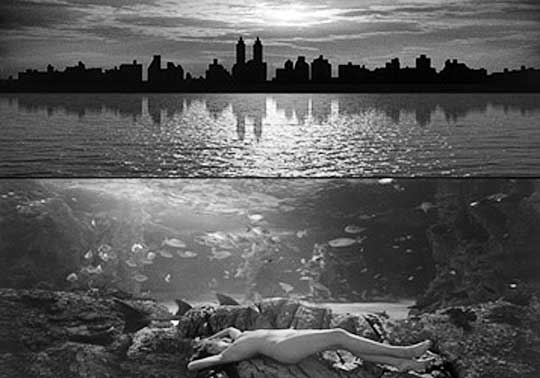 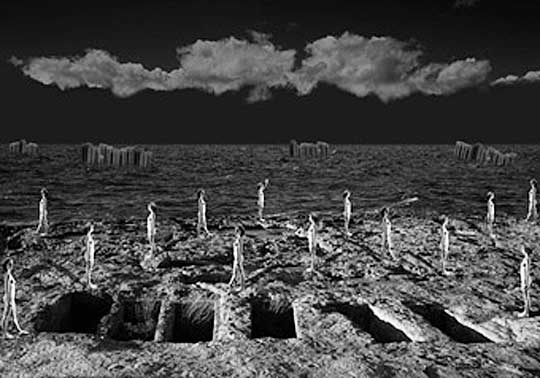